The health promotion levy, commonly known as the sugary drinks tax, was introduced in April 2018, at a watered-down 11% instead of the proposed 20% recommended by the World Health Organisation to effectively reduce consumption of sugar-sweetened beverages and fight obesity and its associated non-communicable diseases such as Type 2 Diabetes, Hypertension and Stroke.

In South Africa, up to 70% of women and 39% of men are obese or overweight. 10 000 new cases of diabetes are reported each month. Non-communicable diseases currently account for more than 40% of deaths in the country. The excessive consumption of sugar-sweetened beverages has been linked to obesity, which leads to an increased risk of non-communicable diseases.

South Africa needs to implement the recommended threshold for tax on sugary beverages together with a combination of other interventions to change social norms. The recommended sugary drinks tax will not only help prevent non-communicable disease-related morbidity and mortality but will also increase revenue collection towards the health budget. HEALA will continue to advocate for the South African government to urgently increase the Health Promotion Levy to 20% as the required recommended threshold.

Send a message to the Minister of Health, Dr Zweli Mkhize, urging him to increase the sugary drinks tax to 20% at Awethu Amandla Mobi 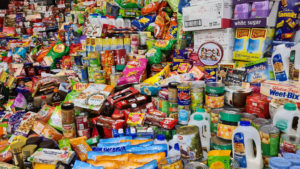 What is front-of-package labelling, and why does South Africa need it?