With obesity levels on the rise globally and locally, and the link between it and the high intake of sugar, a newly launched drink is a welcomed reprieve.

“We saw that South Africa lacked a beverage for people who were aware of the harm of excessive sugar intake and potentially problematic artificial sweeteners,” says Tsepo Montsi, founder of  Monatea.

“As such, South Africans were left with no alternative to obesity and diabetes-promoting products.”

This is an unsweetened, sparkling, cold-brewed Rooibos and botanical iced tea. Each variant contains a specially paired variety of fynbos as well as botanical superfoods, he says, and is also is a potent source of phytonutrients and antioxidants.

According to Montsi, the first step in combating the obesity problem is to provide alternative health-conscious products.

The danger of too much sugar

This company’s mission is to spread awareness about the impact of excessive sugar and sweetener intake, as well as bring clarity to health claims that often leave consumers with an inaccurate assessment of it.

“We have found the term ‘no added sugar’ [is] used in a manner that implies there is little sugar within the labelled product,” he says.

However, according to Montsi, what isn’t communicated is that while no cane sugar was actually added, alternatives such as honey or fruit juice are included which are sugar-rich in themselves. “Very often the resulting sugar content is quite comparable to cane sugar-sweetened beverages, but the wording ‘no added sugar’ implies otherwise.”

World Health Organisation guidelines recommend that to prevent obesity and tooth decay, adults and children should reduce their consumption of free sugars to less than 10% of their daily energy intake.

Montsi maintains that he doesn’t believe that sugar is evil, however, it’s no longer a secret that excessive sugar intake is extremely bad for the human body.

“It’s also well-known that the amount of sugar in the current serving sizes of sugary drinks is excessive, even with efforts to partially replace sugar with sweeteners. The jury is still out on sweeteners, and they may ultimately form part of the solution, but their definite metabolic effects (such as triggering insulin release) are extremely disconcerting.”

While it may be difficult to get away from their sugar addictions, in order to assist people with the transition towards unsweet and to recognise the possibility of moderate sugar intake, each of the Monatea’s variants is available lightly sweetened with a touch of cane sugar. “As far as we can tell, we have the lowest sugar levels in the market, and without sweeteners,” he adds.

Montsi says Monatea has enormous potential overseas and says they are already developing a line of loose leaf and powdered instant Monatea for the Chinese market. – Health-e News 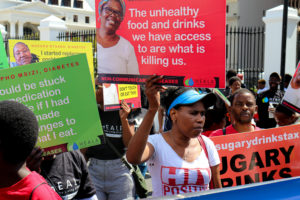 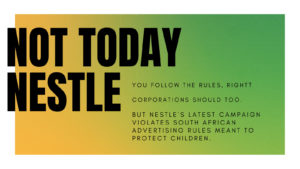