From the farm to the table

An organic farmer has started a farming movement in Soweto townships that support 5 000 children from 12 schools, 80 pensioners and other people from the community.

What started as a visit to a fundraising event at the Diakonia Aids Ministry in Soweto led to the creation of Kotula, a self-funded programme that has been feeding orphaned and vulnerable children, women, and elderly residents with wholesome organic food.

Founder, Adam Ginster, started a farm to provide organic food when he discovered that orphaned and vulnerable children at a nearby school were being fed mainly processed food. Since he had a farming background, he saw an opportunity to get back to his roots while making a difference. 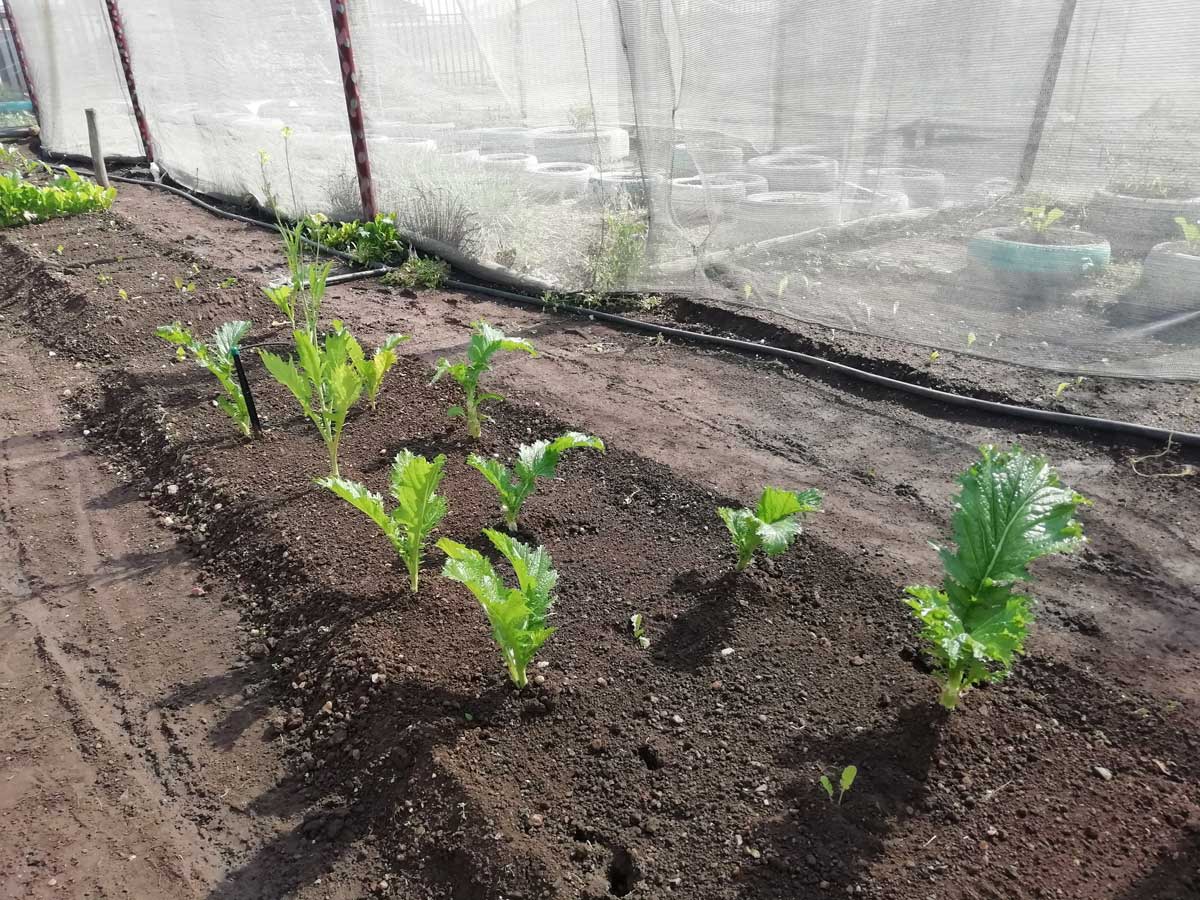 Some of the crop being grown at the farm. Photo: Marcia Zali / Health-e News.

“I asked what the children were being fed and I wasn’t pleased with the response that I got because it was mostly processed food that was donated by the community,” he says.

“Some of them were living with HIV and diet is so important. I am quite curious so I went for a walk and I found this piece of land that was unused. And in my mind, I immediately dreamt of creating a small farm.”

He got the soil tested to see if was fertile and the result was positive.

“We then spoke to the Department of Agriculture who’ve been very supportive from the start. They helped us design a crop rotation plan so we know what crops to grow, where, and when during the year. The focus is to optimise food out of every piece of land that we have all the time.”

The soil was also fortified with organic compost. People from the community were identified to be responsible to run the farm. The department also provides training to the team.

The farm currently feeds 600 children from the school. Meals are prepared using fresh vegetables from the farm. They have also added 13 more farms, located at different schools where there were concerns of undernutrition, an old age home, and a community centre.

“From those farms, we support 5 000 children from 12 schools and 80 elderly people at the old age home, and some from the community centre. I believe in starting at the foundation to feed children right so they can have a better start in life,” said Ginster.

Through the farms, Ginster has created employment for a few members of the community. They receive a monthly stipend and can also use fresh produce, which remains largely unaffordable to many South Africans.

Thabo Motsokolo (45) was a member of a support group that promotes healthy living amongst community members who live with various chronic conditions before he started working on the farm.

“I gained a new skill when I started working on the farm and it has changed my life,” he says. “Before I started working here, I didn’t pay attention to what I ate and would mostly eat things like kota [a hollowed quarter loaf of bread filled with a variety of meats, cheese and pickles] and chips but now I make sure that my food has vegetables.”

He is happy that he can now feed his family with food from the garden.

“I save a lot because vegetables are expensive but now I get them for free. I am now a proud family man who is able to provide for his wife and children, something I was unable to do when I was unemployed.”

Noluthando (14) was only 9-years-old when the farm started and she was one of the first children to receive support from Kotula.

“I’m happy with the treatment and care we are given here especially because they also help us with our school work. I also like the fact that our meals change so we don’t have to eat the same thing over and over again.”

Noluthando is pleased that they have been taught about healthy eating from a young age and has also learned to not waste food.

“I think I have become a responsible person because I am always mindful that other children might not be having the same food that we eat here so we always finish our meals and make sure that nothing goes to waste.”

Ginster says that the main goal is to make the farms self-sustaining and find more land where they can grow more produce. He also plans to sell some produce to restaurants and retail stores.

Crops grown on the farm include spinach, beetroot, sweet potato, beans, cabbage, tomatoes, lettuce, spring onion and herbs such as rosemary and parsley.