Integrating diabetes testing and prevention strategies into the country’s Covid-19 response plans are key to reducing the mortalities the country may face, writes Karyn Maughan.

Diabetes – a life-long condition in which the body either cannot make enough insulin or cannot effectively use what it produces – is on the rise in South Africa, with the International Diabetes Federation (IDF) reporting that the country has highest proportion of adult diabetics on the continent. According to the 2019 report on mortality and causes of death by Statistics South Africa, diabetes is the second deadliest disease in the country. It has killed more people than HIV, hypertension and other forms of heart disease.

Last year, the IDF released a study finding that the number of South Africans diagnosed with the disease had more than doubled from 2017, to a staggering 4.5–million people. Frighteningly, the diabetes advocacy organisation also found that, in their Africa regional network, South Africa had registered the greatest number of deaths due to diabetes on the continent.

Type Two diabetes, in particular, clearly constitutes a potentially devastating crisis for South Africa’s already fragile public health care system. The IDF’s 2019 Diabetes Atlas shows that 12.7% of adults in South Africa had diabetes in 2019, a 137% increase on the 2017 figure of 5.4%. The report also bolstered the findings of a forecasting study published in the Lancet in 2018, which predicted that diabetes would be the leading cause of death in South Africa in 2040.

That threat has now been exacerbated by the fact that diabetics are identified as a group of people most vulnerable to severe or deadly outcomes if infected with Covid-19.

But, it would appear, government has done little to nothing to make information on the numbers of diabetics who have been infected with Covid-19 or how many diabetics have died as a consequence of the virus publicly available – although, it would appear that this information is accessible to the state.

In early May, Health Minister Zweli Mkhize stated that an as-yet undisclosed analysis of hospitalised patients showed that “consistent with evidence emerging worldwide, hypertension, diabetes and cardiac disease are the three most common comorbidities associated with serious illness from Covid-19”. Weeks later, Western Cape premier, Alan Winde revealed that, of those people who had died in the province to date, 96% had an underlying health condition such as HIV, diabetes, hypertension and tuberculosis.

Health-e News sent questions to the health department about whether government had done any research on the numbers of diabetics who had died from Covid-19 or its complications, and whether the state had any strategy to test people for diabetes during its Covid-19 testing process. The IDF estimates that two-million South Africans are ignorant of the fact that they have the disease. Arguably, improved screening for diabetes can significantly improve the prospects of such people surviving Covid-19 – particularly when uncontrolled diabetes constitutes such a significant threat for coronavirus patients.

At the time of publication, the health department had not responded to these questions, despite promising to send them to a resident expert on diabetes.

Diabetes not a priority

Up until now, the only in-depth South African research available on the impact of Covid-19 on diabetics has been done by Discovery Health. In May, it released information about the 1733 coronavirus cases reported across its schemes.

Discovery Health chief executive officer Ryan Noach, said that high risk members tend to be the elderly, and members living with chronic diseases, like diabetes. But the data contained in the report provides no real insight into the vast majority of South Africa’s diabetics: those who are unable to afford private health care and depend on state facilities for care and treatment.

What’s also apparent is that the state has not, as it has done with smokers, made any attempt to mitigate the risks faced by diabetics with targeted interventions aimed at improving their blood sugar control – a step shown to profoundly reduce the risks of serious Covid-19 outcomes for diabetics.

This may be because the number of diagnosed diabetics in South Africa is dwarfed by the eight million-strong population of smokers. But, while the debate about the risks of severe Covid-19 infection and death in smokers continues to rage, global research has clearly shown that poorly controlled diabetics are in significant danger of death from Covid-19.

This has clearly not escaped the attention of organisations fighting for the ban on smoking to be lifted. In papers filed at the Pretoria High Court, the Free-Trade and Independent Tobacco Association accused government of not being consistent or proportional in its decision to ban the sale of cigarettes and tobacco during South Africa’s Covid-19 shutdown but not to place any restrictions on the sale of junk food and sugary drinks – which constitute, they argue, a threat to diabetics. It was an accusation that Cooperative Governance and Traditional Affairs Minister Nkosazana Dlamini-Zuma did not respond to.

What is apparent is that diabetes is not a priority for South African health authorities – certainly not in terms of awareness drives and, arguably, not in terms of campaigns to ensure that diagnosed diabetics are equipped with the material and information they need to manage the disease. This is despite the fact that, even without the risks attached to diabetes and Covid-19 infection, uncontrolled diabetes remains a significant health risk. It’s a major cause of blindness, kidney failure, heart attacks, stroke and lower limb amputation.

At this point, it is important to note that, globally, Type One diabetics (diagnosed as children as a consequence of genetics or autoimmune condition) make up 10% of the diabetic population. The vast majority of diabetics, 90%, develop the disease as a consequence of obesity and poor lifestyle decisions. Type Two diabetes is, largely, preventable through healthy dietary habits and regular exercise.

That pathology is no different in South Africa. The exponential growth in diabetes in the country can be concretely linked to its well-documented levels of obesity – with more than half of all South Africans being defined as overweight or obese.

Covid-19 arguably represents a perfect opportunity for government to not only run an effective diabetes testing campaign – aimed at reducing the risk of pandemic fatalities – but also to channel resources into ensuring that diabetics are educated about the proper management of the condition.

Enabling diabetics to test themselves and assisting them with management of the disease may require additional budget allocation, but it will arguably also prevent the state from having to pay for amputations and kidney failure treatment further down the line.

Current projections fluctuate but some suggest that Covid-19 will claim the lives of 45 000 – many of whom are expected to be diabetics. But, after that deadly tsunami eventually lifts, diabetes – which killed over 25 000 people in 2017 – will remain one of South Africa’s most pressing health emergencies.

Unlike Covid-19, we know that the diabetes epidemic is among us. And we know how to stop it. – Health-e News 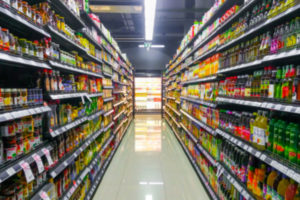